The Masonic Hall is a Georgian building, built in 1829, 11 years before Queen Victoria took the throne. In 1913 it was bought by the Hastings & St Leonards Masonic Hall Company (MHC). The Hall was officially opened for Masonic meetings in 1929.

The image below is an illustration of the Masonic Hall, or the Meeting Rooms as it was known then, around 1840. Subsequently two additional round frontages have been added to each side.

The Masonic Hall was hit by by German bombers in 1943 and the image below shows you the damage on the north and west side of the building. 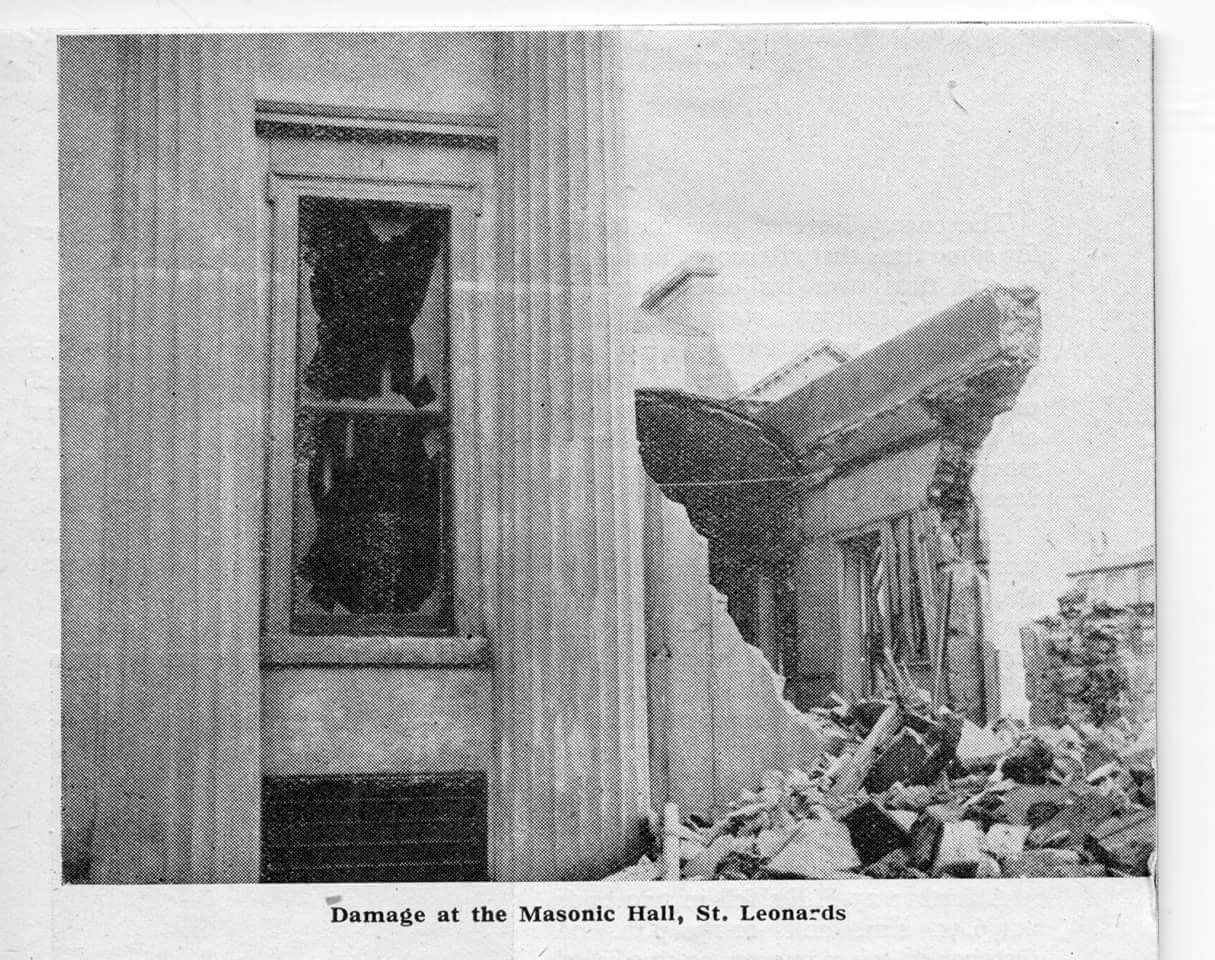 The building is maintained by the MHC for the purpose of both Freemasonry and as a community venue for weddings, parties and other celebrations. It is used by students being taught english, by clubs and groups, and hosts a wide variety of Christmas and New Year events.

The summer is almost all community events as Freemasonry stops by May and doesn't restart until October.